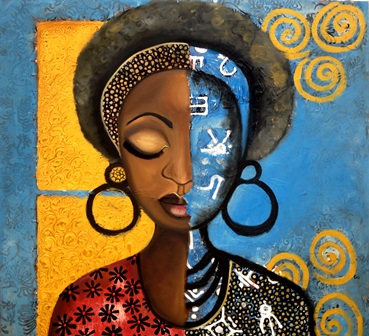 Our perceptions, which are based on our personality type, cause our emotions and effect our behavior.  If we were raised in an environment of dysfunction, such as one with abuse or addiction, our personality develops defenses to protect ourselves from further vulnerability and harm.  These defense mechanisms become patterns of reaction (uncontrolled emotion)  and action (behavior) which may result in personality disorders.

Personality disorders are inflexible patterns of thinking and reaction that generally led to stress and disability and strongly affect your ability to have healthy relationships with others.

People with Paranoid Personality Disorder have a pervasive distrust and suspiciousness of others, people. They assume others are out to harm or take advantage of them and hold grudges, they may not trust their partners or friends as they incorrectly assume they are cheating or disloyal.  Their emotional life tends to be dominated by distrust and hostility.

A rare disorder, the person with Schizoid Personality Disorder, has a pattern of social detachment and a restricted range of emotional expression. They may be unaware of social cues causing them to appear socially awkward and superficial.  People with this disorder are socially isolated, loners,  and do not seek out close relationships.  Emotionally, they seem aloof, detached, and cold.  Schizotypal Personality Disorder tends to be found more frequently in families where someone has been diagnosed with Schizophrenia; a severe mental disorder with the defining features of psychosis (the loss of reality testing). There is some indication that these two distinct disorders share genetic commonalities

Persons with Schizotypal Personality Disorder are very similar to a person with Schizoid personality in that they have a pattern of social and interpersonal limitations and they tend to be socially isolated, reserved, and distant.   They differ in that they have odd or superstitions beliefs, such as they may believe they have been visited by aliens or can read people’s minds.  Schizotypal Personality Disorder tends to be found more frequently in families where someone has been diagnosed with Schizophrenia, which means that both genetic and environmental factors may contribute to this disorder. 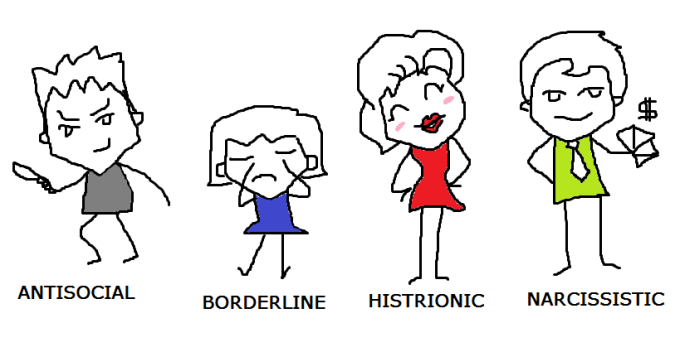 The Antisocial Personality Disorder is characterized by a long history  of disregard for the rights of others, People with this disorder lie and manipulate others to gain for themselves.  As children these individuals may have been bullies, set fires, destroyed property or even hurt animals.  Persons with Antisocial Personality Disorder typically do not experience genuine remorse for the harm they cause others.  Much of the time these individuals are quite charming in acting as if they are concerned and caring of others, but are manipulating others for some type of social, financial or personal gain.

Borderline Personality Disorder is one of the more common personality disorders and the most widely studied.  People with Borderline Personality Disorder tend to experience intense and unstable emotions and moods that can shift fairly quickly.  Moods may shift from sad to angry, to irritable lasting a few hours and rarely more than a few days. Borderline personality disorder is mistaken by many in the public as bipolar disorder because of the constant shifting of one’s mood, impulsivity and anger.  There is a distinct difference in that bipolar disorder Bipolar presents with alternating periods of depression and mania that can last from several days to months.

People with Borderline Personality Disorder tend to see the world as black or white, they are intense in their emotions with others changing their thoughts about others , going back and forth, thinking others are  all good or all bad,(“I hate you don’t leave me”).  They have a strong fear of abandonment and need to be in control.  They engage in self-destructive behaviors  frequently change jobs, partners or homes.   They may have frequent suicidal thoughts, make threats of suicide or self injure.  Their emotional instability provides great difficulty in them having relationships with others as people often describe living with a person with Borderline Personality Disorder as “walking on egg shells”.

Persons with Histrionic Personality Disorder have a pattern of an excessive need for attention. Their lives are full of drama (“drama queens”). They have a need to be the center of attention.  They may be flamboyant, theatrical, flirtatious or seductive.  They dress in a way as to draw attention to themselves.  Their emotional expressions may be vague and/or exaggerated ,  which gives them an appearance of being shallow or insincere. People with Histrionic Personality Disorder may imagine relationships are closer then what they are and may become depressed if they do not receive attention , they are easily influenced by others.

People with Narcissistic Personality Disorder have a powerful sense of entitlement. They have significant problems with their sense of self-worth they may  believe that they deserve special treatment because of their talent, smarts or looks. People with Narcissistic Personality Disorder will fantasize about being superior in terms of wealth, power, beauty and/or intelligence.  They may become so caught up in the fantasies that they are unable to actually accomplish much in life.  Their sense of entitlement can lead them to act in ways that disregard the worth of those around them. They appear arrogant and haughty,  and require a great amount of attention from others to feel good about themselves.  This coupled with a lack of empathy for others makes it difficult for them to have healthy relationships with others.

Avoidant Personality Disorder is characterized by a, extensive pattern of social inhibition.  People with this disorder are very fearful that others will make fun of them, reject them, or criticize them.  They think that they are socially inept, not good enough and that others don’t like them.  This leads them to avoid social situations and to interactions with others. They will even avoid jobs that require them to have much contact with others. Others might perceive them as distant or shy. They likely come across as stiff and restricted which causes difficulty with their ability to make friends and to have close relationships.

The core feature of the Dependent Personality Disorder is a strong need to be taken care of by other people. They  are unable to be alone and if a relationship that they have been dependent on ends, the will immediately seek another partner for support.  This makes them vulnerable to abuse and/or manipulation by others. They find it difficult to make decision on their own or to disagree with others.  They have a lack of self-confidence and are afraid to initiate projects on their own.  They may go to great lengths to obtain support from others and will appear “clingy” They are unrealistically preoccupied with fears of being left to care for themselves.

Persons with Obsessive-Compulsive Personality Disorder are preoccupied with rules, regulations, and orderliness. This perfectionism leads them to be unable to complete tasks because they are unable to “get it right”.  They may be overachievers or workaholics as they are excessively devoted to their work. They are unable to delegate task for fear the other individual may not complete the task properly. Persons with Obsessive-Compulsive Personality Disorder tend to be rigid and inflexible in their approach to things. They are inflexible about matters of morality, ethics and values.  They have miserly spending habits as they view money as something that must be hoarded for emergencies.  Their  preoccupation with perfectionism and control is at the expense of their relationships with others as the appear to be rigid, stubborn and controlling.

It is important to realize that everyone may exhibit  some of these personality traits from time to time. This does not mean they have a personality disorder.  In order to meet the diagnostic requirements of a personality disorder these traits must have these core features and cause psychological distress as well as problems with one’s ability to  function.

To learn more about your personality type or natural disposition: