Are the mind and brain one in the same?

There is much research involving this matter and the question of where our brain ends and where our mind begins continues to baffle scientists.

According to the World Health Organization, mental/mind health is defined as “a state of well-being in which the individual realizes his or her own abilities, can cope with the normal stresses of life, can work productively and fruitfully, and is able to make a contribution to his or her community.”

Brain health is defined as the ability to remember, learn, plan, concentrate and maintain a clear and active mind.

5 Essentials for a healthy brain 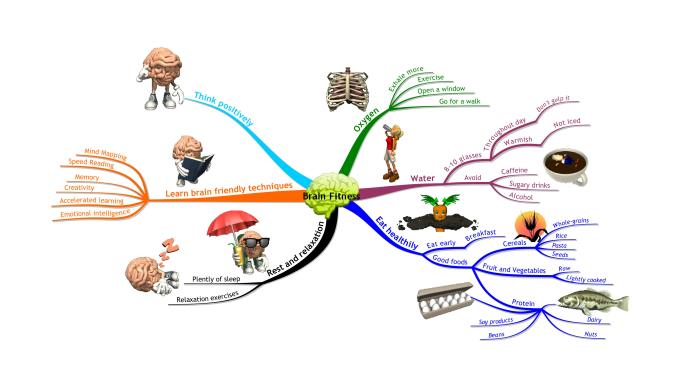 According to Professor Marian Diamond there are five essentials needed for a healthy brain.

Diamond, a professor emerita of integrative biology at U.C . Berkeley, completed research that demonstrated neuroplasticity, essentially proving that an enriched environment (one with a good diet, exercise, purpose, learning and love) enhances our brain.  Neuroplasticity is a term which is used to refer to the brain’s ability to constantly change, grow and reorganize itself by forming new cellular connections.

Diamond, Marian (2001) Successful Aging of the Healthy Brain. Conference of the American Society on Aging and The National Council on the Aging March 10, 2001, New Orleans, LA

When brain cells and their connections (neurotransmitters)  are not working properly, our mood, emotions and thoughts are not performing in a state of total wellness.  A healthy brain chemistry helps to keep our energy and enthusiasm alive.  This energy and enthusiasm enables us to cope with life’s normal stress, to be productive in our work and to love beyond ourselves. Without a healthy diet and exercise, a healthy brain is unable to make adequate amounts of neurotransmitters

Serotonin- is a chemical in our brain that contributes to maintaining  a mood of wellbeing and happiness. Serotonin relaxes us, calms us, and provides us with feelings of comfort, and fulfillment.  Research provides that a deficit of serotonin leads to depression.    The male brain makes serotonin 50% faster than a woman’s brain , and it stores twice as much.  Science has determined  that women are twice (2:1)  as likely to suffer from depression as men.  Medications that increase the availability of serotonin are used to treat depression; increasing serotonin relaxes and overactive brain.

A serotonin deficiency can severely affect quality of life. Serotonin levels may be affected by many different  factors including lack of sleep, stress, lack of sunlight, unbalanced diet, some medications and substance abuse.  Symptoms of low Serotonin include sudden mood changes, increased neediness, resentment flu, feeling over whelmed, and over eating (craving carbohydrates) .

Dopamine-  is a chemical in the brain that gives us energy and motivation.   Dopamine helps to control the brain’s reward and pleasure centers.  It  enables us not only to see rewards, but to take action to move toward them. It plays important roles in attention, memory, mood, learning, movement, and anticipatory pleasure. Men tend to be more deficient in dopamine, women can experience a drop in dopamine levels but it is not as common.   Deficits in dopamine may cause  depression, attention deficit disorder (ADHD), and addictions.

There are many underlying causes of dopamine deficiency. The most common causes include poor diet,  addictions, obesity, thyroid disorders, and the use of certain medications.   Symptoms of low dopamine include being under responsive to the  needs of others,  impatience,  unmotivated, lethargic,  forgetful,  loss of attraction, depression and addiction.

Norepinephrine – is a chemical that helps us to be vigilant and if need be aroused and ready for action. In the brain, norepinephrine increases alertness, promotes vigilance, enhances memory, and focuses attention. It increases the oxygen going to our brain helping us think clearer and faster. It relays messages to the part of the brain that is responsible for the flight-or-fight response, increasing our heart rate , which pumps more blood in our body, helping our muscles to work faster and making us better able to respond in action. Norepinephrine release is lowest during sleep, increases upon wakening and reaches much higher levels during stressful or dangerous situations. Norepinephrine may also increase restlessness, feeling on edge, and anxiety.

The symptoms of low norepinephrine are lethargy, brain fog, lower arousal, problems with attention and focus, little interest in life and possibly even depression. Too much norepinephrine, will increase anxiety, insomnia, and irritability; a sudden burst can even trigger a panic attack. Medication, diet, sleep and exercise all have an impact on norepinephrine levels.

When a healthy diet and exercise are not enough

Sometimes even with a healthy  diet, an adequate amount of sleep and a regular exercise routine, we may still have difficulty with the imbalance of neurotransmitters in our brain.  These imbalances may lead to depression, anxiety, ADHD or mood disorders.

It is at these times that it may be necessary to seek the help of a psychiatric provider to discuss  medications that help to increase the levels of these neurotransmitters in the brain.

For more information on a healthy mind, refer to the personality page. 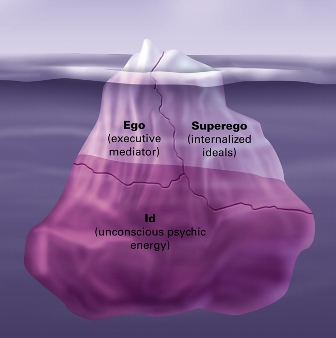